My life is finally starting to approach something resembling normalcy, but I will get back to that.
I’m easing into this, so have patience with me.

My first reblog in far too long, this one is from Mark Manson and deals with the struggle of traditional masculinity vs modern society – well worth the read:

What’s the Problem with Men?

“The most fantastic thing about the present time is that we’re actually still here.”
—William Gibson

Another day, another year, another lap around old Sol.

This past year has probably been among the best years of my life, despite all the tragedy and confusion taking place over the world. We lost a whole slew of Great Artists, the like of which I’m not sure humanity can produce still.

My life went from calm and carefree to super-busy and full of responsibility.

I know it’s cliché to say it, but parenthood really does change you in ways you can’t fully understand until you are there, holding a helpless little human who somehow managed to hijack your entire existence.

The journey of self-discovery and self-reconciliaton I began last year entered a new phase, and so did my creative pursuits.

As a result of everything else, the blog here had to take the back seat. But that’s okay. I started it mostly for myself, and even though I’ve managed to get some very loyal (and highly appreciated) followers I still write as much for my own sake add for anything else.

Life changes, but it keeps moving forward – relentlessly – until with a little luck we are too old to die young.

Some insightful thoughts from Sean Patrick Hughes about the human psyche, the state of America and what is needed for the future:

This week’s reblog is about a very important issue: food waste. Approximately a third of the world’s food production is thrown away and on top of the food itself this is also a waste of resources, land, packaging and manhours. Things need to change.

Are you a man?

Go on, Dear Reader – check out what he has to say:

Dear Men, It’s Time We Had a Conversation

My reblog for this week is about veganism and why the arguments which swayed the vegans of today can’t be used to sway the majority.
As you may or may not know, Dear Reader, I live with a vegan and I eat a mostly vegetarian diet myself.
My personal stance is that humanity needs to seriously change our dietary habits and consume a lot less meat, but you won’t find me arguing that veganism is the way for everyone to go.
This article explains part of the reason why.

Many of the more vocal vegans seem to think that if they only inform someone of the truths they themselves have accepted, any sane and sensible person should automatically turn vegan (and if not, they are horrible people – or at least willfully blind or stupid) but this is far from the truth. It is not about them being blind to learning any universal truth or about them resisting sensible ideas – it is about human nature.
So if you are vegan and preaching veganism, give this article from The Vegan Strategist a read – and if you aren’t vegan, read it anyway and think about the implications:

While this may not be a blog post per se it is something that is important enough to share: Jennifer Aniston‘s response to the speculations about her personal life, published this Tuesday by the Huffington Post. This goes beyond one celebrity being fed up with the media – it speaks about how society in general values and objectifies women.

Take a moment and listen to what she has to say:

“May you live in eventful and interesting times.”
–Chinese curse

Happy midsummer’s eve, Dear Reader – if it is happy…which I doubt…

I know, I know – the solstice was three days ago, but here in Sweden we always celebrate midsummer’s on the weekend. In not much in the mood for celebration, though.

Midsummer marks the point after which the days grow shorter, and we are indeed heading toward darker times – metaphorically as well as literally.

This morning it was announced that Britain has voted to leave the European Union and the GBP dropped eight percent. Now, I’m not a big fan of the EU in general, but for all its shortcomings it comes with a lot of benefits as well. I haven’t studied the issue will enough to predict if the UK will be better off outside the EU or not, in the long run. It seems clear, though, that there will be a host of problems to begin with and with both Northern Ireland and Scotland murmuring about independence, ‘Great’ may soon be even less suitable as an epithet for Britain.

We live in an increasingly divided world.

On the one hand we have the growing right-wing opinions fuelled by fear, nostalgia and personal gain. On the other we have the left-wing idealism fuelled by hope, compassion and globalistic ideals. Both sides suffer from the same ailment: naively being swayed by personal emotions and a sense of righteousness. Neither side seems capable of critical thinking when it comes to their own views.

We live in the Disinformation Age.

In this global grapevine that is the Internet it is far too easy to sway public opinion by appealing to emotion rather than intellect. Any one can publish any thing and make it look like fact. Any one can find something to support their personal delusion about the world, no matter how implausible. This is nothing new, of course – humans have reacted this way throughout history – we are just seeing it on a much larger, faster, and more pervasive scale.

That will be our downfall.

We are living in increasingly eventful, interesting, darkening times – and that, Dear Reader, is why I won’t be celebrating today. Well, that and the fact that I am stuck at work until after midnight…

On a more personal note:

I have been quiet here – too quiet – though only partly for the obvious reason: adapting to family life. We have actually established a surprisingly successful routine – one that sends to be holding up decently even to Junior’s whims. So far.

No, the main reason for my absence has been my creative pursuits. I just finished the first draft of a short story which will soon go out for consideration, and I have been busy with preparations for a much bigger project. I’m not sure when I will be able to post about that, but hopefully it will be soon.

There is good reason for my lack of posts the past two weeks and my Word of the Week the other day was a clue.

Here is the reason:

Ten hours old and resting after stoically greeting the world with an unimpressed ‘Mjeh!’ – he is strong and determined, despite an early arrival.

I have other news as well, but they will have to wait until I’ve settled in a bit more. I aim to keep updating the blog, and I promise that it won’t be about this wee lad…much. 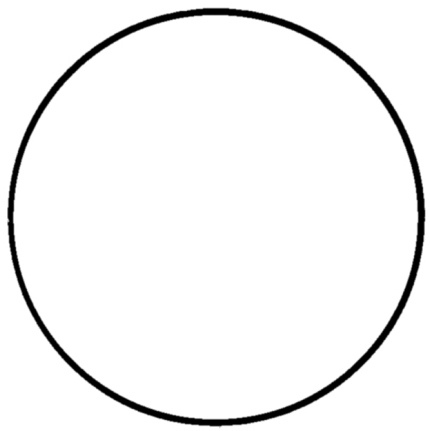